The Ultimate Guide to Backpacking Through Athens

This is a guest post from the luggage storage network Bounce.

Oh, the woes of technology. On one hand, technological advances have allowed us to carry pocket-sized supercomputers with us wherever we go. On the other hand, we’re constantly being bombarded with ads, notifications, and tweets. Ironic, isn’t it? Travel fans, ranting about technology!

Well, hear us out. Technology has its ups and downs, but the pros far outweigh the cons. We just think it’s a good idea to “unplug” from the digital world from time to time. And, in our opinion, backpacking is one of the best ways to explore the great outdoors.

Backpacking combines hiking, camping, and sightseeing into one activity. The idea is that you pack up all of your essential items, then embark on an on-foot journey of epic proportions. You can certainly bring your devices with you, but backpacking is all about reducing your screen time, not increasing it. A lot of veteran backpackers trek through mountains and forests. However, pedestrian-friendly cities with wide streets and rolling hills will also do nicely.

Athens, Greece certainly fits that bill. The city is essentially a giant hill peppered with gorgeous buildings and breathtaking Ancient Greek monuments. Today, we’re going to show you how to go backpacking through Athens. This experience is going to be a long, bumpy, and extremely fun ride. Pack up all of your must-have items, but leave the extras behind at a luggage storage spot while you trek.

The National Garden is probably the sort of place that pops into most folks’ minds when they think about backpacking through Athens. Check it out; there are winding roads, green trees, and rolling hills as far as the eye can see. About 15.5 hectares of the stuff, to be precise. Long walks through beautiful places are good for the soul. Take one trip through the garden, and we promise that you’ll feel rejuvenated.

Not all of Athens’ most beloved attractions come from Athens. That’s a bit of a mind-bender, isn’t it? Well, think of it like this; Zappeion Hall is one of the most popular buildings in Athens, right?

However, a Danish architect named Theophil Hansen actually designed it during the late 1800s. The building features a stunning Neoclassical aesthetic as well as multiple breathtaking statues. Most depict figures from Greek Mythology, while others are imports from distant lands. 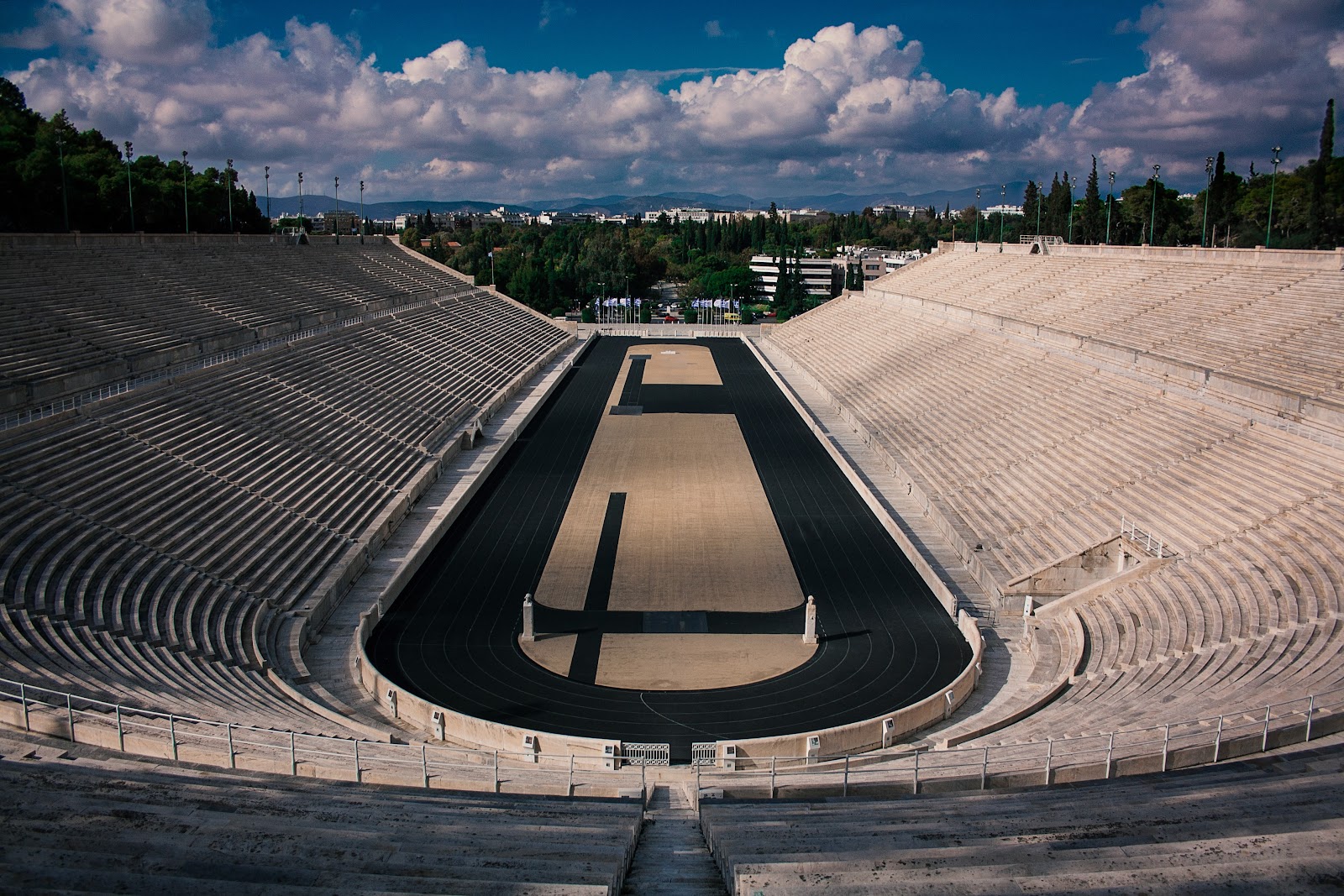 Photo by Teddy Österblom on Unsplash

Immerse in Athens History at The Panathenaic Stadium

The Greeks invented the Olympic Games centuries ago. The modern version of the Olympics that we’re all probably accustomed to features tons of sports and is held in various locations.

But back in the day, the Greeks used to get down at places like the Panathenaic Stadium. There are quite a few amazing things about the stadium. For starters, it’s one of the few structures of its kind that’s still standing. It’s also mostly made out of marble. In fact, scratch “mostly” — this entire stadium is made out of marble.

Visit the First Cemetery of Athens

No exaggeration, Athens has been around for thousands of years. The world’s foremost scholars are still debating about when the city was founded to this day. Naturally, one might expect the First Cemetery of Athens to be just as old.

In reality, this cemetery wasn’t built until 1837. Despite its young age, the cemetery still features gorgeous architecture and numerous statues that pay homage to the Olympians. The deceased still rest here, so we kindly ask you to be respectful to them as you backpack through the cemetery.

Wander Through the Temple of Olympian Zeus

Hey, you can’t go backpacking through Athens without stopping by a temple or two. The Temple of Olympian Zeus, or just the Temple of Zeus for short, is the first of these structures we’ll be discussing, but it’s far from the last. The Temple of Zeus is one of the oldest buildings in Athens.

No lie, it’s probably older the dirt under your shoes. It’s dedicated to the King of Olympus, the Skyfather of the Greeks, and Athena’s Dad. We’re not surprised that this building has weathered time so well. It’s dedicated to a Storm god after all.

Find Out Why Hadrian’s Arch is a Monumental Figure

Caesar. Nero. Constantine. Rome’s emperors are probably some of the most famous figures in world history. Hadrian ranks among these monumental figures as one of the most effective and respective emperors to have ever lived. This arch is dedicated to him. It was built sometime in 131 AD, near the end of Hadrian’s rule. Much like its namesake, this arch has many hidden depths. Of note are the Ancient Greek inscriptions that decorate the lower side of the structure.

Imagine Watching a Play at the Theatre of Dionysus

So most folks probably know about Zeus thanks to his widespread presence in pop culture. The guy’s been portrayed by Liam Neeson for Olympus’ sake! However, a lot of folks probably aren’t that familiar with Dionysus. This Greek god is the original party animal.

He’s the patron of wine, celebrations, and theater. He’s also the god of ritual madness, but that’s neither here nor there. The Greeks built this theatre for two reasons; to honor Dionysus, and to host some of the greatest plays on Earth.

Photo by Patrick P on Unsplash

See the Namesake of Athens at the Temple of Athena Nike

The goddess of wisdom, the goddess of war, the goddess of courage. These titles all describe Athena, one of Zeus’ daughters and the very namesake of Athens, Greece. It should be no surprise that her temple would cap off this guide. However, some of you might be surprised to see us talking about a sportswear brand for no apparent reason.

Well, we aren’t; “Nike” is the Greek word for victory. The name Athena Nike means “Athena, the goddess of victory”. After you make your way to this temple, you’ll certainly feel victorious.